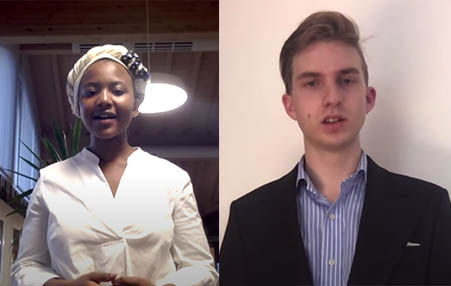 Every year, Le Régent chooses a group of students to be its “Leaders”. Their role is to organize events and represent the school and its students both to the teachers and management but also to the outside world. This year, eight students will share the responsibilities and they are led by two Heads of School, Maleeto from South Africa and Wiktor from Poland. But Maleeto and Wiktor were not just appointed by the senior management. There was an election with fellow students and teachers all voting – and here they are, giving their first online speeches to the Régent community.
← Previous post Next post →
BACK TO NEWS